Acadèmia 1830 is a musical association created in 2011 with the aim of spreading the great repertoire of classical music in the islands. The Academy has two major branches: the orchestra and the choir, which allows it to address both the vocal and instrumental genres separately or jointly according to the production and the program.

The Acadèmia 1830 Orchestra is a flexible and variable instrumental training of young professional musicians of the island of first musical level. Its versatility allows it to approach from the great symphonic repertoire of Beethoven, with which it was presented for the first time in public concert, to the Baroque and classical tradition, the great romantic repertoire, to the music of S. XX. 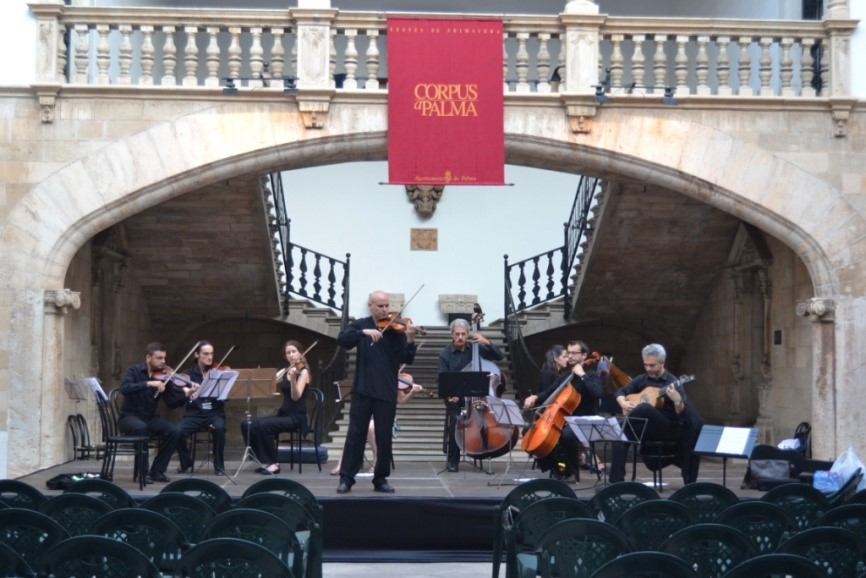 Acadèmia 1830  gave the presentation concert in April 2011, at the   Cap de Pera’s music Hall with a monograph of works by Beethoven, acting as a guest soloist on Andreu Riera. In these years it has consolidated as a musical reference group of the island with great acceptance by the public and specialized critics. He has performed in the main concert halls and concert halls and festivals of the island (Palma Principal Theater, Santany Theater, Manacor Auditorium, Bellver Castle, JJMM Festival of Cabo de Pera, and JJMM of Ciutadella, etc).
Especially praised were the productions of Tangos de A. Piazzola and Amor Brujo de Falla (2013), the Passion according to S. Juan de Bach (2014), in Mallorca, Mozart’s  Great Mass in C minor with the Markus.Chor of Munich , (Music Festival Mallorca 2014) or Mozart’s Requiem with Capella Davídica choir. 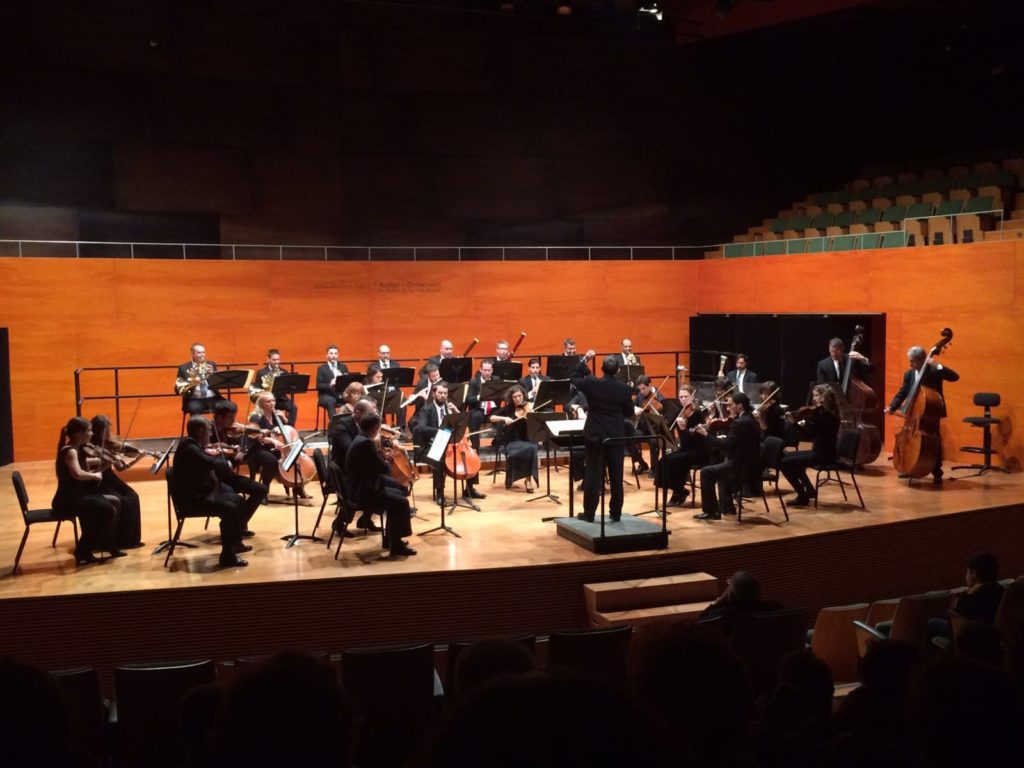 Since 2013/14 he has a stable season of concerts where he performs the main works of the symphonic repertoire (concerts, symphonies and oratorios by Haydn, Mozart, Beethoven, etc). He has collaborated with important soloists of the international scene (Badura Skoda, Pierre Reach, etc) as well as the majority of vocal and instrumental soloists of the islands (Andreu Riera, Enrique Bernaldo de Quirós, Oriol Palau, Juan José Pardo, Maia Planas, Josep Miquel Ribot, etc). It also collaborates with the main musical and cultural institutions of the islands (Conservatory of the Balearic Islands, Professional Conservatory of Mallorca, Sa Nostra Foundation, Capella Davídica de Ciutadella, 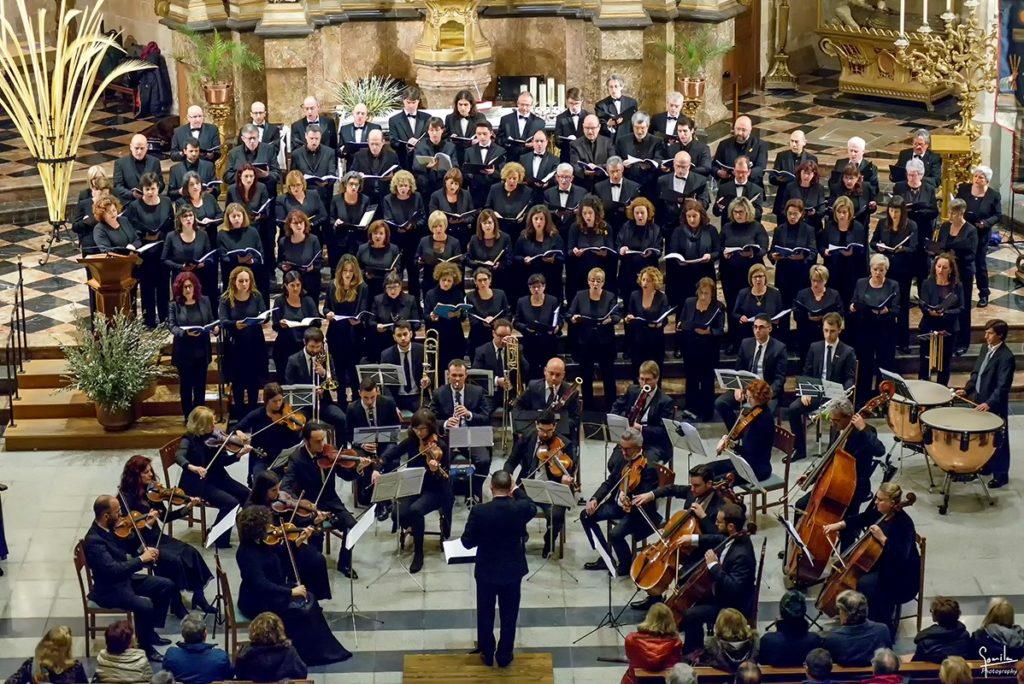 The orchestra has also participated in the opera seasons at the Palma’s Teatro Principal performing the family versions of Mozart’s Magic Flute by Mozart (2013), Puccini’s Tosca (2014) and  and  Rossini’s The barber of Seville (2015 and 2016) . And in ballet season of 2016 with the Don Quixote version Minkus.

Its founding conductor is Fernando Marina. 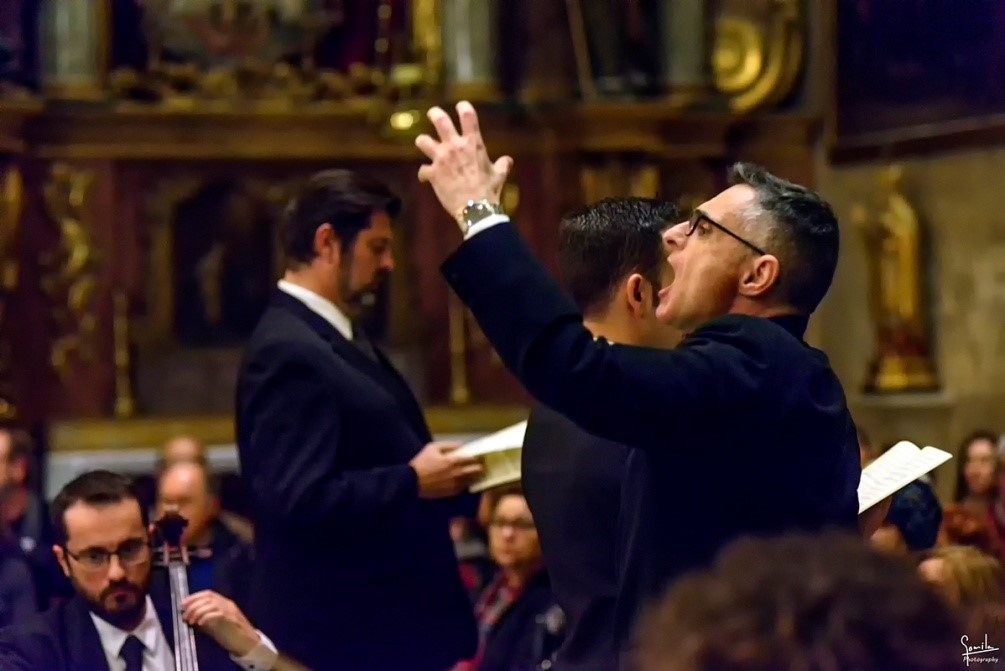